A sweet approach to preventing tooth decay and boosting calcium

A spoonful of this sugar is a medicine in its own right.

Here is a new challenge in terms of calcium uptake. As a health researcher, I have worked with calcium supplementation for over 12 years. Our CALCIUM COMPLEX by NATURE FRESH has walked its talk over the years, and does it taste like chalk! We usually advise people to take a teaspoon of the powder in a little water at bedtime. As such people have managed to overcome fragile bones and even reverse osteoporosis in a few cases. A delicious bedtime beverage now holds the key to improving your calcium status: cocoa powder, xylitol and a calcium supplement. Call it hot chocolate with a difference! 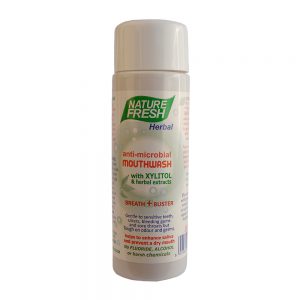 Xylitol is a sugar that comes from wood. Yes, birch wood to be specific that is broken down by a natural process using methanol. We too, make our own xylitol when insoluble fibre breaks down and as such this sweet white stuff is no stranger to the human constitution. By now many people know that xylitol is used in chewing gum and oral hygiene products like our BREATH BUSTER. This is because it kills bacteria, especially streptococcus mutans, the critter that causes tooth decay. One trial found it to be effective against a biofilm of 8 strains of pathogens contained within the oral cavity. We know they grow in our saliva and thrive on sugar and carbohydrates. We all know how to cause tooth decay. It is easy enough to use products that contain xylitol and use it as a substitute for sugar.

The really good news is that xylitol is now being sold as a sugar substitute and some restaurants offer sachets of xylitol as an alternative sweetener. A spoonful of this sugar is a medicine in its own right. Xylitol helps to improve calcium uptake, boost collagen and improve our bones. People may not know that weak, brittle fingernails have a lot to do with how effectively we utilise the calcium we ingest from our diet as well as supplements.

Some people have such weak stomach acid by the age of 40 that although they get enough calcium it is of no benefit. They complain about hair thinning, weak fingernails, poor digestion, heartburn and kidney stones. These are common symptoms of weakened stomach acid. Daily supplementation with Betaine HCL will make a big difference but it is not the total solution. High intensity stomach acid chelates (binds) dietary calcium to carrier proteins that release the calcium to the areas in need of ph control, detoxification and maintenance. Finally we excrete the calcium that has been bound to toxic particles and send the rest back to the bone reserves for future use.

For many years my long strong fingernails have been my pride and joy. 10/10. If a fingernail breaks during a round of gardening or household maintenance it grows back in no time. A thick mop of hair, a positive bone density and my long talons bear testimony to adequate calcium usage after menopause. The big surprise came when I took up a new habit. A cup of cocoa with a difference: sweetened with xylitol and fortified with a teaspoon of calcium supplement. (When you think about it, bedtime cocoa is a comforting drink but the sugar we add sabotages our mineral uptake.)

Within two weeks my fingernails became even longer and stronger. They just keep on growing, despite my digging in the garden, cleaning the paint brushes, scrubbing the house or doing the laundry. Needless to say, the fingernails double up as tweezers and other tools. The only problem is with typing, let alone sending text messages with a fingernail that is now already over 7mm long! Yes, to me xylitol and cocoa have been hiding in the grocery cupboard, unappreciated for too long. I hope you have similar experiences to share with us some time soon! People who are insulin resistant have a very poor calcium and magnesium uptake. This makes them more prone to osteoporosis. When you have inflammation (acidity) and take cortisone it inhibits immunity and? It also speeds up calcium loss from the bones. (CALCIUM in the search box on our website).

My husband Jim is now the expert on our cocoa drink and makes this beverage to perfection. He can only cut his toenails after a hot bath, they are so tough. For the CALCIUM COMPLEX fans, here is the magic formula:

5ml Xylitol (from the health shop or supermarket)

Add to 1 cup of boiling water

Optional: a little milk but only if you are dairy tolerant. (Or a little Cremora or rice milk substitute.)

Research info from the internet on xylitol. Compiled by Sue Visser

Xylitol also appears to increase the absorption of calcium, increase the formation of collagen, accelerate bone repair, and reduce bone mineral loss. Due to these effects, preliminary research done on rats, suggests that it may help to prevent and treat osteoporosis

Xylitol helps to promote oral health and prevent a build-up of bacteria and plaque on your teeth.

The recommended dose of xylitol varies between 6 g and 20 g daily. Xylitol is generally considered safe, and it is approved for consumption in pregnant and lactating women. It has a glycaemic index rating of 7 as compared to glucose at 100. In other words, it requires very little, if any glucose which is good news for blood sugar stability. Adverse effects are rare, but in high doses exceeding 40 g per day, nausea, bloating, gas and diarrhea have been reported.

Mom can also decrease the impact of transmissions by chewing gum made with xylitol, a sugar-alcohol sweetener that fights Strep Mutans in several ways.

The American Academy of Pediatric Dentistry cites a study in which mothers chewed xylitol-flavoured gum two to three times a day from three months after delivery until the children were 2 years old. Researchers found that the effect of the xylitol was not only immediate, but long-lasting; at 5 years old, the xylitol children had 70% fewer calories than other groups

In the past, infant dental care wasn’t stressed until the first tooth erupted, because Strep Mutans normally lives in the spaces and cracks between gums and teeth. But recent studies have found the bacteria in the crevices of the tongue, sometimes months before the first tooth. This means that transmitting the bacteria to the infant is possible much earlier than possible.

Dentists recommend that caregivers wipe the gums of young infants with a wet cloth after feeding. This helps remove liquids that can nourish the bacteria and also trains the child from to accept post-feeding dental care long before toothbrushes. After teeth erupt, parents should continue the regimen, but using a soft brush designed for infants. Also, just as it does with Mom, xylitol can help battle Strep Mutans in infants and children. The dental products manufacturer Spry, for example, produces a xylitol-sweetened gel designed for the gums and teeth of infants.

Pure 100% pharmaceutical-grade xylitol is a white, crystalline carbohydrate that is classified as a sugar. It is found naturally in fibrous vegetables and fruits. Xylitol is produced by the human body during normal metabolism. It is a naturally occurring form of the 5-carbon sugar, xylose. The main sources of commercially produced xylitol are corncobs and wood scraps from the lumber industry.

Xylitol is a sweet-tasting sugar substitute that has been approved for use in more than 40 countries. Consumption of xylitol is associated with a significant reduction in tooth decay, resulting in fewer cavities. This sugar has been shown in early studies to contribute to increased bone density, weight loss, stabilization of blood sugar and lowering of insulin levels.

Effect of xylitol on an in vitro model of oral biofilm.

The aim of the present study was to examine whether xylitol, at different concentrations, inhibits the formation of an experimental model of oral biofilm. Biofilms of six bacterial species (Streptococcus mutans, Streptococcus sobrinus, Lactobacillus rhamnosus, Actinomyces viscosus, Porphyromonas gingivalis and Fusobacterium nucleatum) were prepared on hydroxyapatite discs. Xylitol was tested at two concentrations, 1% and 3%. Xylitol has a clear inhibitory effect on the formation of the experimental biofilms. This study shows that xylitol is not only efficient in inhibiting the acid production of cariogenic bacteria, but also in preventing the formation of a multispecies biofilm; it confirms the relevance of the use of this polyol for the prevention of oral diseases caused by dental plaque.