Articles / Sue Research / What can we do about radiation

Radio Talk: What can we do about radiation? with Zulaikha and Sue November 2019

Q: What are EMF’s and why should we be concerned about them?

Electromagnetic fields (EMF) from cordless phones, wireless or Wi-Fi devices, cell phones and cell phone towers are all around us. A Wi-Fi router in your home or a “free” hotspot at the coffee shop all contribute to electromagnetic pollution.

Q: We are currently on a 4 G system. Is this harmful to us?

Though you usually can’t actually feel electromagnetic fields (EMF) your cells are very sensitive to them! Here’s a list of some of the diseases associated with EMFs and Radio frequencies.

• Many types of cancer

• DNA single and double-strand breaks (which leads to cancer)

Q: How and why is this happening to us?

A study of 285,000 cell phone users found a higher rate of brain cancer deaths among cell phone users who hold the device next to their heads. The damage to living tissue begins with low-frequency microwave exposure from your cell phone, Wi-Fi router, or from any nearby cell phone towers that generate a reactive form of nitrogen (peroxynitrite), that damages the DNA inside the mitochondria of cells.

Autopsies are showing increased amounts of peroxynitrite at an alarming rate. This may explain the phenomenal growth rate of chronic diseases such as atherosclerosis, myocardial ischemia, inflammatory bowel disease, amyotrophic lateral sclerosis and septic lung disease during the last 25 years. Brain tumors are also on the increase. One test showed a 300% increase in genetic damage when human blood cells were exposed to cell phone radiation.

Q: What is so different about 5g?

The big difference here is that 5G technology was made for machines – not people. 5G cell towers every 300 meters or so on every street in the country. That’s almost one on every block in your home town. These 5G “small cell’ antennas will irradiate virtually everyone living nearby or walking down the street continuously, not just when you’re actually talking on your phone. Because the signals are weaker than 3 or 4G, they’re mostly absorbed by the skin. Since your skin contains many capillaries and nerve endings, the biological impact may be transmitted through the skin and into your nervous system on a continuous basis should you be in a 5G zone. (Able to use your new 5G gadgets.)

Radiation exposure also prevents their eggs from hatching. Bee populations suffer from reduced egg-laying abilities of queen bees and smaller colony sizes. As far back as 2012 a meta-study showed that electromagnetic radiation adversely affects plants, animals and humans. Have we forgotten this? Ionizing radiation is the most dangerous – Alpha, Beta and Gamma radiation.

Q: What can we do to lessen the harmful effects right now, from our 4G cell phones?

Physical avoidance: limiting your time on the phone, using the speakerphone, getting radiation blocking phone cases and radiation shielding headsets can help reduce your exposure somewhat. Try to keep your conversations short and do more texting than talking to minimize exposure.

Increase your distance from sources of EMF: The closer the device, the more EMF you are exposed to. Avoid putting your phone in your pants pocket or on your belt.

If you have an office make sure you turn off your Wi-Fi router when you’re not there. Also, keep your cell phone out of your room at night as some studies have linked cell phone radiation to disruptive sleep patterns. Try keeping in on airplane mode in another room at night.

Q: What is shungite?

Shungite is a powerful mineral similar, rich in carbon and fullerinesl that has been proven to purify water due to its ability to absorb chemical pollution and heavy metals. (We are 90% water). According to a Russian study, Shungite is 30 times more effective than activated Carbon in removing free radicals from water.

Substances cannot alter a frequency or waveform of energy, so Shungite cannot harmonize EMF radiation to a frequency that is considered “good” for our bodies. Additionally, no scientific research has proven Shungite’s ability to totally block or even counteract radiation coming from electronic devices – apart from sales-related often anecdotal claims using a meter. Limited research exists that shows its antioxidant, antimicrobial and detoxifying effects, mainly in water. https://www.defendershield.com/does-shungite-orgonite-protect-emf-radiation/

Shungite may be able to draw in toxins due to its high Carbon and Hydrogen content, but it cannot offer full body protection, unless you are completely surrounded by the stone. There is not one particular healing device or means of eliminating EMF, once and for all. From computers to televisions to radio to power lines to cell phones to Wi-Fi-enabled devices, EMF radiation surrounds us constantly. Scientifically-proven EMF radiation reduction strategies are also not able to give adequate protection – especially to plants and animals!

Q: Are there natural remedies we can take for treating and preventing radiation exposure?

There are different types radiation, from cellphones to 4G and 5G, X rays and nuclear fallout. All of them cause inflammation, damage DNA and disrupt neural activity. Worst of all, is the damage to the blood brain barrier that allows toxins and an excess of excitatory chemicals like calcium and glutamate into the brain. This is a leading cause of neuropathy. We need to use natural safe supplements that can also help us overcome this damage. They are all beneficial in many ways and can make a big difference. It can take 18 months for cells damaged by phone radiation to be replaced — assuming the source of the radiation is well managed.

1 Calcium and magnesium – to help maintain pH of the blood and tissues. Free radical damage causes acidity. These essential minerals can decontaminate Strontium 90, lowering Strontium absorption by up to 90 percent, for instance. Magnesium is essential for maintaining blood pressure and for calming down inflamed neurons. http://naturefresh.co.za/calcium/

2 Brewer’s yeast – In terms of amount, 5 mg. to 15 mg. should be given to children, and 25 mg. to 50 mg. can be given to adults. For cases of direct exposure, these amounts can be doubled, or tripled. Brewer’s yeast can also aid the body in repair after exposure as well as protection.

3 Iodine – important for X rays and nuclear fallout. Iodine helps to counteract the effects of radioactive Iodine and may be effective in lowering accumulated and stored radioactive toxins in the thyroid. To the degree we lack iodine we become more vulnerable to cancer and fibrocystic disease. Iodine binds to antiproliferative iodolipids (fat+iodine) to control cancer. Kelp and seaweed are good sources of iodine but may already be contaminated. It is best to take Lugol’s iodine.

According to Dr Abraham’s research: “the optimal daily dose of iodine for a person is approximately 12.5 mg.” This amount of iodine is very close to the 13.8 mg average intake of mainland Japanese. “12.5mg is equivalent to 2 drops of Lugol’s iodine, taken in a little water. If you don’t like the taste of Lugol’s add vitamin C or lemon juice to it, but then it becomes potassium iodide exclusively. (I place a drop of Lugo’s onto brewer’s yeast tablets spread out on a saucer and allow them to dry.) http://naturefresh.co.za/iodine/ For more information about allergies, usage and sources of iodine.

4 MSM and Vitamin C – protective effects for cell destruction, as well as DNA aberrations. Organic sulphur helps to repair cells and well as protect them. Vitamin C is a key antioxidant. This combination helps to lower blood sugar as a bonus. Metylsulphonylmethane (natural sulphur) with boron, calcium, magnesium and tissue salts. For arthritis, joint pain. Helps with collagen formation: skin and joints. http://naturefresh.co.za/products/nf-024-pain-supplement-msm-vitamin-c-90g-powder/

5 Potassium – A radioactive isotope of cesium known as Cesium-137 can also be formed as bi-product of nuclear fission. Potassium helps to prevent radioactive cesium 137 retention. A cheap source is cream of tartar. Blackstrap molasses is also a good source of all the minerals that help against effects of radiation. It is rich in iron and potassium.

6 Vegetable and Omega 3 Oils – The lipids in the oils bind the toxins, and protect cellular membranes. Studies on mice exposed to x-rays found that the mice can survive if they are given oil. Another study on mice found that olive oil could protect the mice against high amounts of x-rays. Omega 3 oils especially, help to maintain the linings of blood vessels and prevent inflammation. The Budwig protocol is very good for protecting cell membranes and treating cancer. It is based on cottage cheese and flaxseed oil. Molasses and blackstrap molasses can be added. http://naturefresh.co.za/pcos-protocol-now-can-help/

7 Zeolites and medicinal clay – Nuclear waste is typically “cleaned” or “stored” in the environment by mixing it with Zeolite clay and packing it underground. Zeolites can attach themselves to and remove nuclear waste from the cellular level. Zeolite clay can also be taken internally for detoxing radiation. Several kinds of clays can bond to nuclear waste in the body, including Kaolin, Red Clay, Bentonite and Fuller’s Earth. They can be ingested to detox radiation, toxic metals and chemical residues. Small amounts can be added to smoothies, for instance.

8 Activated Charcoal – Studies have shown that charcoal possesses the unique ability to neutralize radiation, and that 10 grams of charcoal can neutralize up to 7 grams of material. https://rawfoodlife.com/the-raw-food-radiation-connection/

9 Spices rich in phenolics, such as cloves, rosemary, turmeric, cinnamon and ginger, have shown some protective capacity to protect from damage caused by peroxynitrites – that come from exposure to radiation.

10 Vitamin D –Vitamin D3 is key to controlling proliferation in order to prevent cancer. It also offers protection against sub lethal low radiation damage and, in particular, against radiation-induced cancer. Exposure to mobile phone radiation compromises the immune system and vitamin D appears to have a protective effect .https://naturalsociety.com/vitamin-d-found-to-reduce-radiation-damages/ 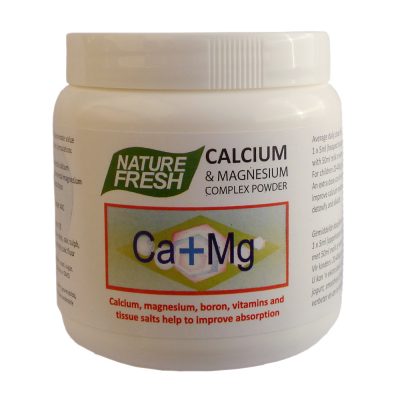 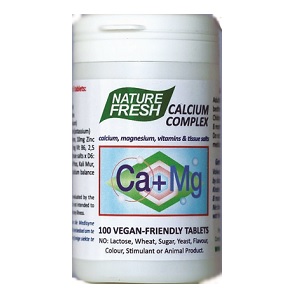